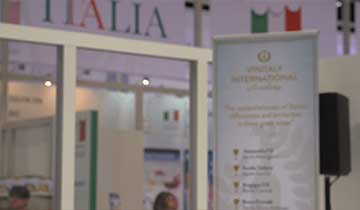 Video professionals use these six words to assuage the fears of clients. I don’t know where and when we learn to say this. I don’t I took any classes in client-reassurance in school. But, nevertheless, I hear these words time and time again on shoots. Especially on corporate video or marketing shoots. It’s the response of the person holding the camera to an unexpected situation that he or she may not be capable of fixing.

As a video professional and a seasoned editor, this sentence gives me anxiety. Editing is not a time for fixing. Editing is a time for piecing together a story according to a predetermined plan. I have witnessed hours, days and weeks wasted along with budgets on haphazard image and sound gathering.

Q: Why is our keynote speaker out of focus?

A: The lighting in this room is a little weird. Yeah- florescents are a nightmare for these DSLR. Don’t worry, I’ll fix it in the edit

Q: Our CEO was holding a microphone, but the microphone wasn’t on. Can you even hear him on the video?

A: Don’t worry. The microphone on the camera probably picked it up. We’ll just boost it up in post. I’ll fix it in the edit.

These are unacceptable responses made by lazy, unprepared videographers who face a difficult situation and are unwilling to do what is necessary to solve the problem. They just want you to stop asking questions. They want you to let them do what you hired them to do, leave them alone and send them a check.

What’s most troubling is that they get away with it. If you knew what you were doing, they wouldn’t be there. So, most of the time, out of courtesy and politeness you let it go and then deal with the consequences later. They will get to their edit station and try every time consuming trick in the book until they finally give you a severely altered product that is a byproduct of the footage that was shot– not the vision of the product.

My advice to people who hire contract video shooters and editors would to not be afraid to speak your mind. If you’re hiring someone for a project- don’t just look at their portfolio, see if you can shadow them on a shoot if possible. If they share with you a demo reel, contact the others who have worked with them before. Ask them how the process went. Did it take longer than they initially quoted? Did it cost more than they originally quoted? Did the project turn out the way the client wanted?

But most importantly, ask any question you might have. Make sure that they put in the work and that they are prepared for the venue, subjects and environment of your shoot.

Video from a viewer’s perspective

Get all latest content delivered to your email a few times a month.

Virtuous Circle is a team of talented, dedicated and versatile video consultants and producers. We came together with the common goal of knocking down the barriers to quality of video production that most businesses encounter.
Facebook-f
Twitter
Linkedin-in
Instagram
Youtube